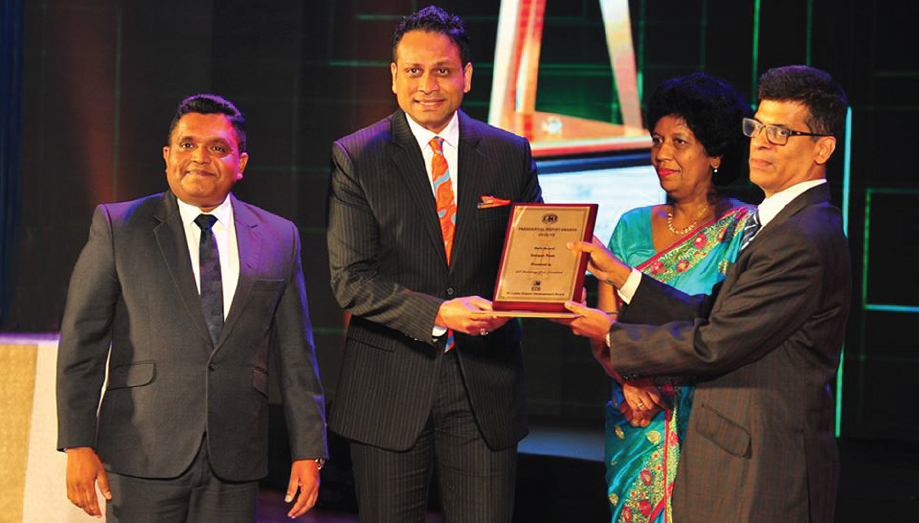 Organized and conducted by the CNCI for 18 consecutive years, the CNCI Achiever Awards 2019 was held at the Galadari Hotel in Colombo with the aim of promoting industrial growth by recognizing and rewarding high-performing industrialists who have excelled in their business operations. Contestants were judged based on quality standards, productivity, corporate plans, research and development, employee benefits, labour relations and numerous more categories among the presence of the Chief Guest, Mr. Karu Jayasuriya, Speaker of the Parliament. Due to JAT Holdings’ unparalleled efforts to excel in their business processes, they were awarded with the National Merit Award - Extra Large Category in the Manufacturing sector, along with the CNCI Top Ten Award.

As JAT Holdings also exhibits a strong commitment to their financial strength and brand recognition in international markets, they were also honoured at the Presidential Export Awards 2019 which was held at the BMICH. Organized by the Sri Lanka Export Development Board (EDB), these awards symbolize the national recognition of exporters in non-traditional products and service sectors. JAT Holdings was able to secure the Sectorial Award – Merit Certificate in the Entrepot Trade Sector among the presence of HE President Maithripala Sirisena. Prior to receiving this title, JAT Holdings was evaluated by a panel headed by the Retired Judge of the Supreme Court. Performance indicators during the financial year 2018/19 were analysed in terms of export turnover, number of employment opportunities created, market diversification, growth rate and value addition.

Since JAT Holdings’ establishment in 1993, they have exhibited exponential growth in terms of corporate reputation, financial strength and brand recognition. These accolades are a prime example of JAT Holdings’ commitment to follow best practices which directly translate to surpassing both customer and stakeholder relations. Looking forward into the future, it is expected that the conglomerate will continue to push themselves to the edge of their abilities, while building long-term relationships based on integrity, performance and value.