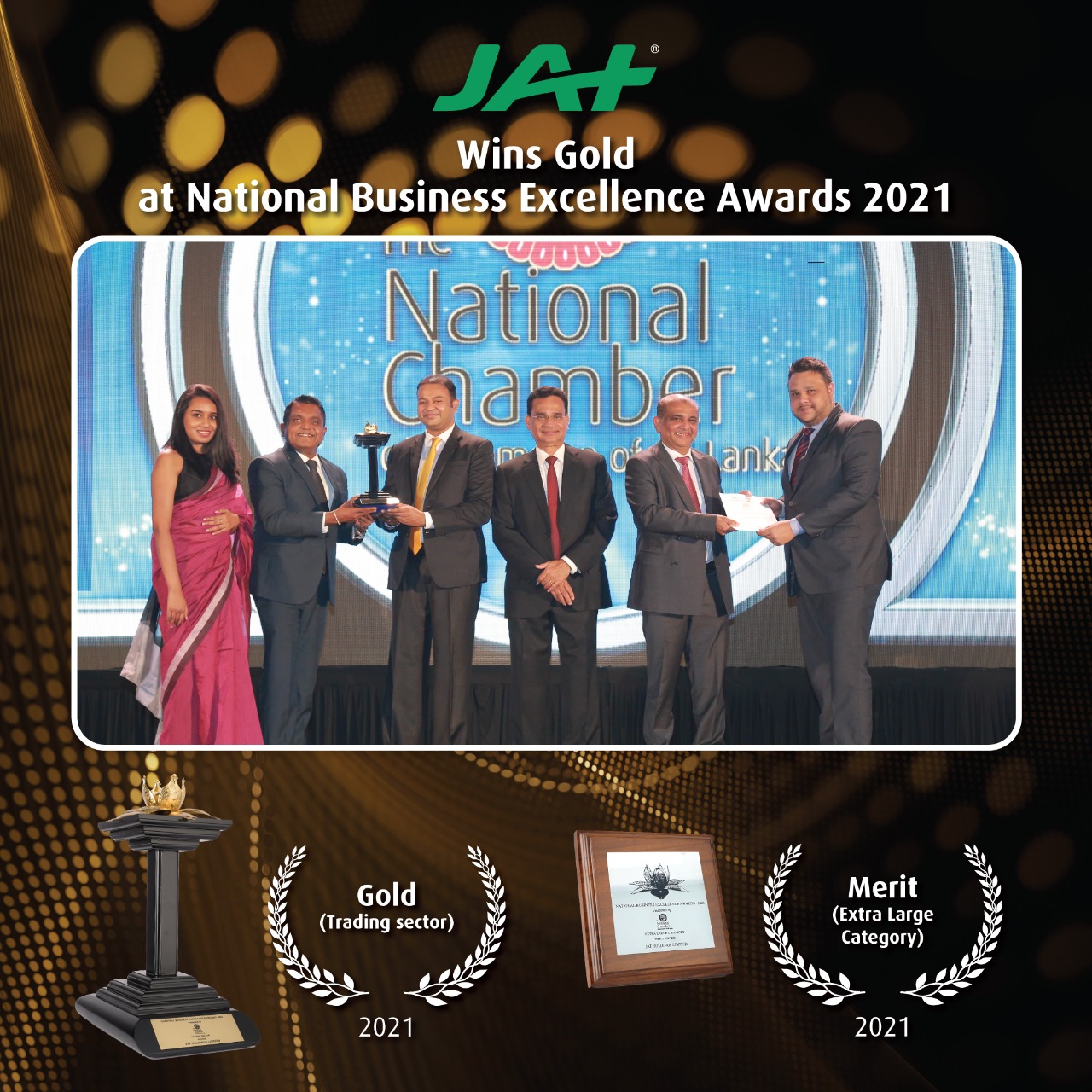 JAT Holdings PLC bagged gold in the trading sector category and merit in the extra-large category at the National Business Excellence Awards 2021 (NBEA) organised by the National Chamber of Commerce of Sri Lanka. Significantly, this is the fourth consecutive year that JAT Holdings has been conferred a gold award in the trading sector in recognition of the company’s outstanding performance excellence and contribution to economic prosperity and environmental sustainability.

Since its founding in 1993, JAT Holdings has established itself as a market leader in Sri Lanka for wood coatings and as one of the country’s most promising conglomerates. This is further attested to by accolades such as being ranked amongst Sri Lanka’s Top 100 Most Respected Companies by LMD for 4 years consecutively and also ranking among the Top 20 Conglomerate Brands by Brand Finance. Up until its recent IPO in July 2021, JAT Holdings was the only privately held company in Sri Lanka to receive the coveted Moody’s ICRA “A+ Stable” rating for 5 years, consecutively. Having secured multiple spots at the SLIM NASCO Awards this year, JAT reinforces its position as one of Sri Lanka’s most successful multinational companies.

Being one of the pioneering award competitions initiated in 2004 by the National Chamber of Commerce of Sri Lanka, the National Business Excellence Awards (NBEA), has maintained the highest standards and gained much recognition and prestige amongst the business community as a well-structured award scheme that rewards “Excellence” of businesses in Sri Lanka. Awards are bestowed to companies who have successfully fulfilled the stringent requirements and standards of the awarding body post evaluations by an eminent panel of judges after being subject to technical and financial desk reviews and panel interviews.