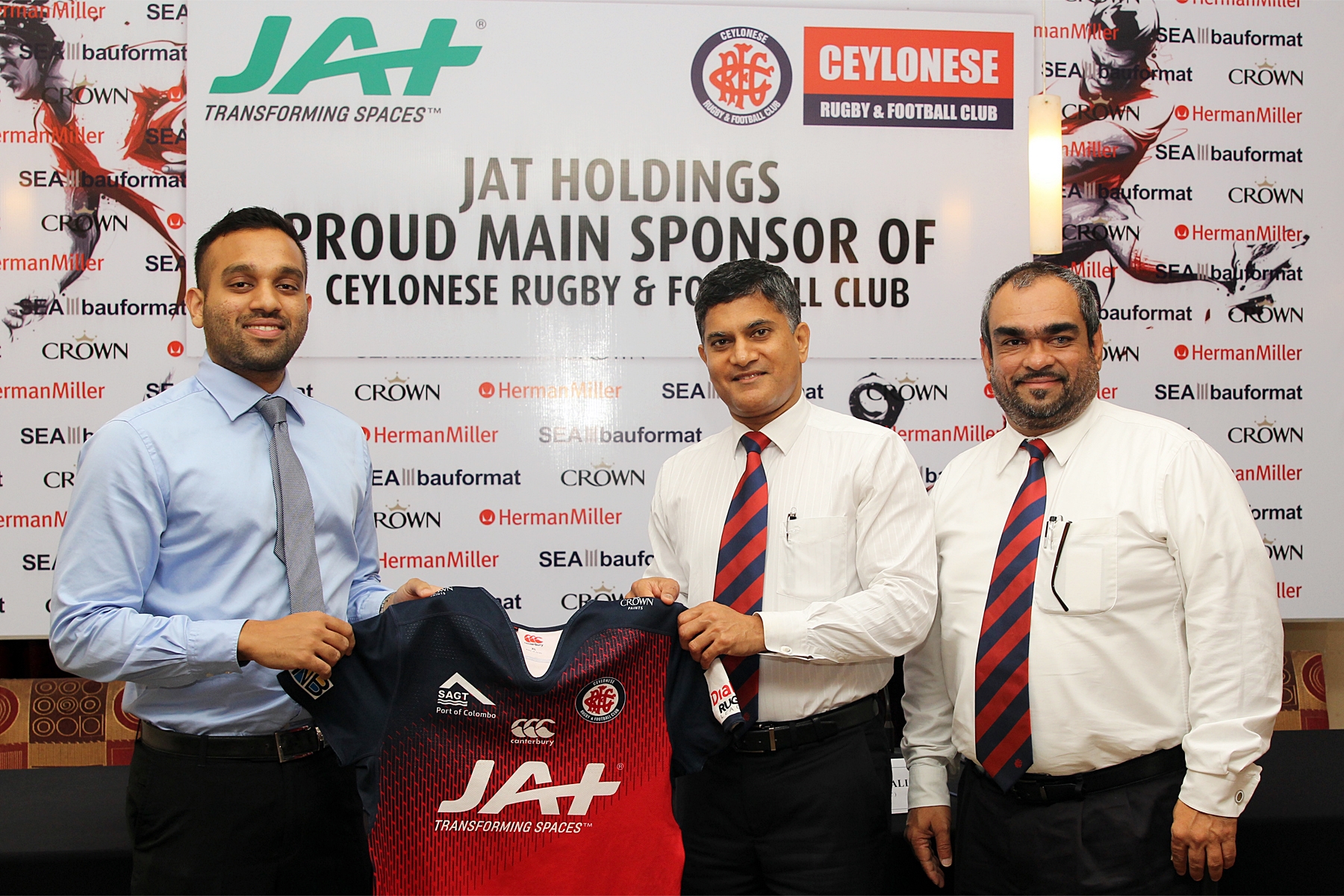 JAT Holdings has come forward to sponsor CR & FC this rugby season. CR & FC is one of the leading teams in the Sri Lanka rugby area with impressive records in the past.

CR & FC President Sriyan Cooray said that they are very happy to be partner with JAT Holdings once again at the press conference held at CR on Thursday.

“JAT Holdings is sponsoring CR & FC for two years and we have a great relationship with them. They keep pushing us to make sure we deliver the right results on the field. I have to say that for CR it would have been tough without the help of JAT Holdings. So on behalf of the Club I would like to thank JAT Holdings. We hope to continue this relationship for next few years as well.”

Richard Gunawardana who is the Director of JAT Holdings said they are happy to sponsor CR & FC this season and has plans to sponsor them in future as well.

“JAT has been sponsoring CR & FC from last year. So this is the second year. We like to continue sponsoring CR for many years. We have a lot of faith in the club. We have continued to support sports in the country. We believe in sports in this country,” CR & FC is currently fourth in the points table. The team is led by Kavindu Perera who is a wing three quarter. In their first match they beat Air Force Sports Club and in the second week they beat Navy Sports Club in a thrilling match. But in the third week they lost to CH and FC and fourth week they lost to Army Sports Club.